The Smog Free Bicycle is coming!

The Smog Free Bicycle is coming!

During last World Economic Forum 2017 in Dalian, dutch artist and innovator Daan Roosegaarde has announced a partnership with the chinese bike sharing provider Ofo and Tezign to develop a bicycle which cleans up polluted air when you use it (Smog Free Bicycle).

Through a system put on the front of the bicycle, polluted air is sucked, clean and released around cyclist, this can reduce city traffic and smog.

Daan Roosegaarde says that thanks chinese and dutch expertise, bicycle will be an icon of China again and it will be the next step towards smog free cities.

It works in a similar way of Smog Free Tower, the largest smog vacuum cleaner that sucks 30.000 m3 of polluted air per hour, cleans it on nano molecular level and releases it, using very little electricity, but doesn’t end here! It is possible to make jewellery out of the catched smog because of carbon in it. People liked this jewelleries so much that preorder it and start to prepay it, in this way the first tower was realized.

Until now Rotterdam and Beijing are the first lucky cities to have a Smog Free Tower, but if this solution were implement by other cities to clean polluted air in a very short time, it would be nice. And what about promote a good and healthy style of life through mooving by Smog Free Bicycle too? … It’s would be amazing! 🙂 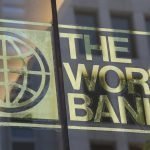 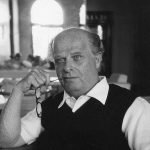 www.masterdigitale.com
Twim - The World Is Mine Find out more about Twim!